There are a few civil matters in which the conduct complained of is so morally reprehensible that one is left aghast at the fact that such conduct managed to continue unchecked for so long. Yet, it took a determined legal aid clinic, a textbook test case and  a no-nonsense Constitutional Court to change a debt-recovery procedure that has been in operation (and subject to abuse) for nearly 40 years.

The case is the one of the University of Stellenbosch Legal Aid Clinic and Others v Minister of Justice and Correctional Services and Others in which judgment was handed down by the Constitutional Court on 13 September 2016. It is a test case only in the sense that the 15 applicants directly involved are representative of a much larger group of individuals impacted by the judgment. A study by the University of Pretoria Law Clinic in 2013 indicated that an estimated 560 000 employees in South Africa had emoluments attachment orders against their salaries in June 2013.

An emoluments attachment order (“EAO”) is an effective and legal means of debt collection authorised by the Magistrates’ Court Act. It compels the employer of a judgment debtor to pay a portion of the judgment debtor’s salary each month to the judgment creditor until the judgment debt is paid in full. Most EAOs are obtained by using consent to judgment and EAO forms signed by a debtor who failed to pay his debt.

That this process is open to abuse is clear from the facts of the Stellenbosch matter. The debtors were all low-income earners who defaulted on loans obtained from a company called SA Multiloan. SA Multiloan obtained consents to both judgment and EAOs from the debtors. SA Multiloans then went to clerks of magistrates’ courts located far away from where the debtors lived or worked to issue EAOs. It turned out that in many instances, the debtors’ signatures on the documents used to obtained the EAOs were forged. Furthermore, no evidence was presented to the clerks of the court to show that the debtors would have had sufficient means left to maintain themselves and their families after the payments were deducted from their salaries.

In an attempt to curb the abuse of the EAO process, the Constitutional Court decided to amend the Magistrates’ Court Act essentially to ensure that ALL applications for EAOs be subject to judicial oversight – that means a clerk of the court is no longer authorised to issue an EAO, even if the debtor consented to such order. Prior to issuing an EAO, a court must consider the financial means and commitments of the debtor under his existing agreements. Where the debt is due in terms of a credit agreement to which the National Credit Act, 2005, applies, the court in which the EAO is sought should be in the jurisdictional area where the debtor works or resides. For credit providers this judgment acts as a warning to conduct a proper reckless credit assessment prior to entering into the agreement.

It would be prudent for an employer presented with an EAO to check that the EAO was indeed issued by a magistrate as opposed to the clerk of the court, and to double-check with the employee that he is aware of the arrangement. 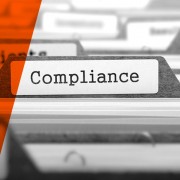 Compliance with the NCA: credit providers are liable for the actions of their employees

Compliance with the NCA: credit providers are liable for the actions of their...

Policies and Procedures: what is the difference?
Scroll to top