As of 1 May 2016, competition law in South Africa will be strengthened when the criminalisation of hard core cartel activity becomes a reality.  This amendment to the Competition Act makes it an offence for company directors or persons in a position of management authority to engage in or “knowingly acquiesce” in cartel conduct and brings competition law in line with other jurisdictions such as the United States and more recently, Australia and the United Kingdom.

Hard core cartel activity, which relates to price fixing, marketing division and collusive tendering is widely condemned as the most egregious and harmful violation of competition law. As of 1 May, the potential penalties for non-compliance with competition law will be two-fold:

While the regulatory and compliance agenda for companies has grown significantly over the past decade or more, the fact that individuals themselves can now be held directly accountable means that a credible competition law compliance programme becomes all the more important in ensuring effective compliance with the law.  Therefore, while fines that are imposed on companies could be (cynically) regarded by some as a “business cost”, the risk of imprisonment and the stain on personal reputation has the potential for far reaching repercussions at an individual level.  In short, the risk of jail time serves as a strong disincentive for individuals to participate in a cartel and serves as an important incentive to ensure that employees are adequately trained and visibly compliant with competition law. 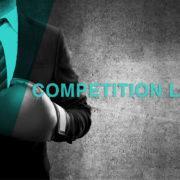 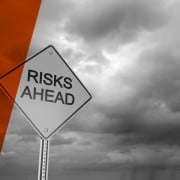 Five charged in U.S. with stealing secrets from GlaxoSmithKline