The role of the Consumer Tribunal is to adjudicate on applications and allegations of prohibited practice made in terms of the NCA and the Consumer Protection Act.

It was alleged that Lewis Stores and Monarch Insurance Company (its in- house insurance provider) sold retrenchment cover to pensioners and self-employed consumers. It was also alleged that Lewis Stores sold occupational disability cover as part of credit insurance to pensioners, and self-employed consumers.

Loss of employment insurance cover is used to settle customers’ outstanding balances on their credit agreements in the event of their retrenchment or redundancy.  Of course such insurance would not apply to pensioners and self-employed individuals as they cannot by implication be retrenched, and therefore would not require such cover.  This aspect of the insurance cover was of no use or benefit to this category of consumer and it meant that Lewis was taking premiums that could potentially never be collected on.

Lewis argued that the NCR did not prove any negligence or intention on the part of Lewis’ management or Board and that it cannot be held strictly liable for a contravention by its employees of the NCA.  The Consumer Tribunal held that it was irrelevant, for purposes of determining whether prohibited conduct took place, whether Lewis acted negligently or intentionally. One has to look objectively whether prohibited conduct took place.  This, in essence, means that a credit provider is strictly liable for the actions of its employees.  Lewis was found guilty of prohibited conduct for breaching the NCA.

The Consumer Tribunal prohibited Lewis from engaging in this conduct in future and ordered it to pay for an independent audit of all the credit agreements entered into since 2007 when the NCA came into force. It also ordered that all affected consumers, identified in the audit, be reimbursed the premiums paid for the insurance. The Consumer Tribunal will have a separate hearing on the quantum of the administrative penalty to be imposed on Lewis.

It is worth pointing out that Lewis undertook its own investigation into the allegations relating to retrenchment insurance, and undertook to repay R67m to affected customers (which included an amount of R23m for interest accrued). However, Lewis did not investigate the misselling of disability insurance.

Lewis has recently announced that it intends appealing the judgment of the Consumer Tribunal. 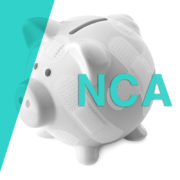 Emoluments attachment orders no longer free for all

What you need to know about the largest competition law fine in South Africa...

Emoluments attachment orders no longer free for all
Scroll to top